T. Ray and the Shades

T. Ray and the Shades originally formed in 2004 in Portland, Oregon. T. Ray moved to Newport recently and reformed the band with coastal locals. They are a four piece Blues Rock, Funk and Soul band. They enjoy performing high energy shows with one common goal of filling the dance floor. Oregon Coast Today – “I love to see the audience reaction, shaking and moving and having a good time,” T. Ray said. “This is the kind of band that we are glad to be able to encourage here at The Landmark,” club owner Bruce added. The audience and fans are what drives them to want to share, create music, and especially raise the energy up!

Lead vocalist- Tiffany Ray Murray founded the blues-rock band T. Ray and the Shades, and has been song writing and singing all over the Northwest since the late 1990s. One of T. Ray’s high points was singing with the legendary John Popper of Blues Traveler. “It would be hard to not have adoration for Ray, who can sing rock and blues so sweetly you would never know she had to break into the boy’s club scene to share her musical talent”, said Linda Phillips of Portland Entertainment.

Guitarist- Kurt Catlin is a powerhouse go-to guitarist and bassist. His focus is primarily Americana based genres including rock, jazz, blues, and folk, but also does classical guitar and world beat. He has a BA in Music at the University Of Oregon School Of Music in Guitar and Bass, where he focused on jazz and vocals. He has performed in Japan, Taiwan, France, Mexico, and Spain as well as all over the United States. He has also done guest performances as the lead guitarist for Amy Clawson and other regional artists in various genres. His virtuosic and lyrical guitar playing has gained him many fans, and his songs run the gamut from deep introspection to universal themes to and humorous rumpuses that you cannot help but get you up and boogie.

Bassist- Pascal Fortier was born and raised in France. He spent time gigging and touring in England during the 70’s and 80’s. Dance music was in heavy demand and Pascal developed his,” in the pocket funk bass playing.” Pascal is heavily influenced by the Neville Brothers and the New Orleans Funk scene. Attention to dynamics during the vocal parts and knowing when to get funkified is one his true strengths. As of late Pascal has played with Lisha Rose, Rodney turner, Will Kang and many other local talented musicians.

Drummer- Matt Murray got his start gigging in the early 90’s with the Eugene-based jam band Sun Runner, opening for many Regional favorites. Since then, Matt has been in number of Portland based bands playing groove oriented, in the pocket, jam rock, funk, and blues all over the Northwest. Producing, engineering, recording, and song writing are some other talents for the T. Ray drummer. Matt has also performed with Grammy Award winner, John Popper and American Idol runner up, Crystal Bowersox. Matt say’s, “I know I’m doing my job when people are dancing.”

The Blues Note -“They create a nice blend of Blues, Rock and Soul that is meant to inspire people to hit the dance floor.” “Expect to have a jumping good time and prepare to dance.” – CBA President Greg Johnson 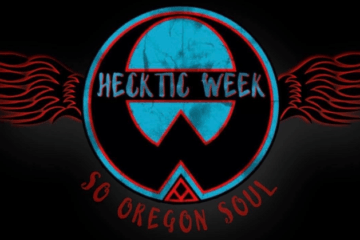 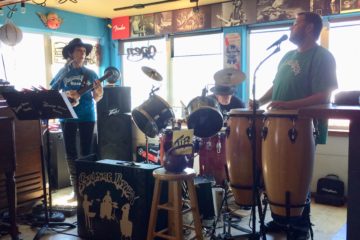 Strange Brew Between its three members, The Strange Brew Band has about a century of professional experience to its credit. Spanning several generations and a broad mix of musical influences, this band truly has something Read more… 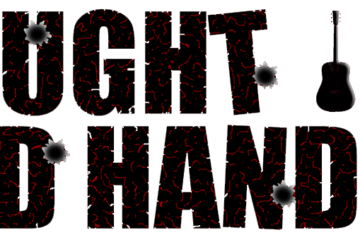 “Caught Red Handed“ Performs at the Pub First of all, none of them has actually ever been arrested or spent a night in jail. So don’t worry. They’ll steal your hearts, but not the silver… Read more…